The third (and final, for now) dinosaur is done. It was going to be a corythosaurus, but it turned into a spinosaurus. I couldn’t figure out if corythosaurus was a biped or quadruped, and then I started wanting a theropod, so it kind of morphed into spinosaurus. 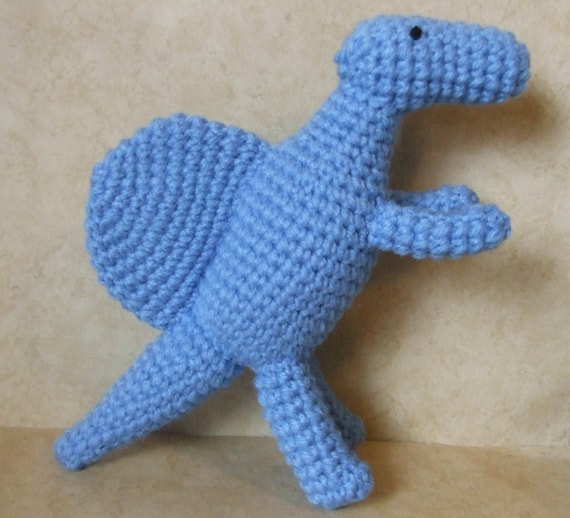 It’s a very quick pattern. Spinosaurus was mostly fueled by dance music. LMFAO and a bunch of 90s dance music. A bunch. A lot.

Looking forward, I’m going to try my hand at this chess set. I have an idea, and if it doesn’t pan out then I’m going to move onto the next projects and figure it out later. After the chess set, I’ll be doing Athena and an owl pattern.

I’m also going to be doing another giveaway in the near future, once I figure out what I’m going to do the giveaway for. And I’m thinking of selling crochet kits; a simple pattern printed out, yarn, hook, needle, all stuffed in a Ziploc bag.

Pattern for spinosaurus is available on Etsy and for slightly cheaper on Ravelry.

This entry was posted in Shopping, Stuff I Made, Talkin'. Bookmark the permalink.